The Call of the Wild trip is such a nice mix of motorcycle riding through Southern Africa and of seeing some sites unique to this region.

Today we had an “off” day, opting to travel the 70km to Victoria Falls, a Unesco World Heritage Site.

The border crossing was easy and we saw some wildlife again traveling through the reserve to Victoria Falls. 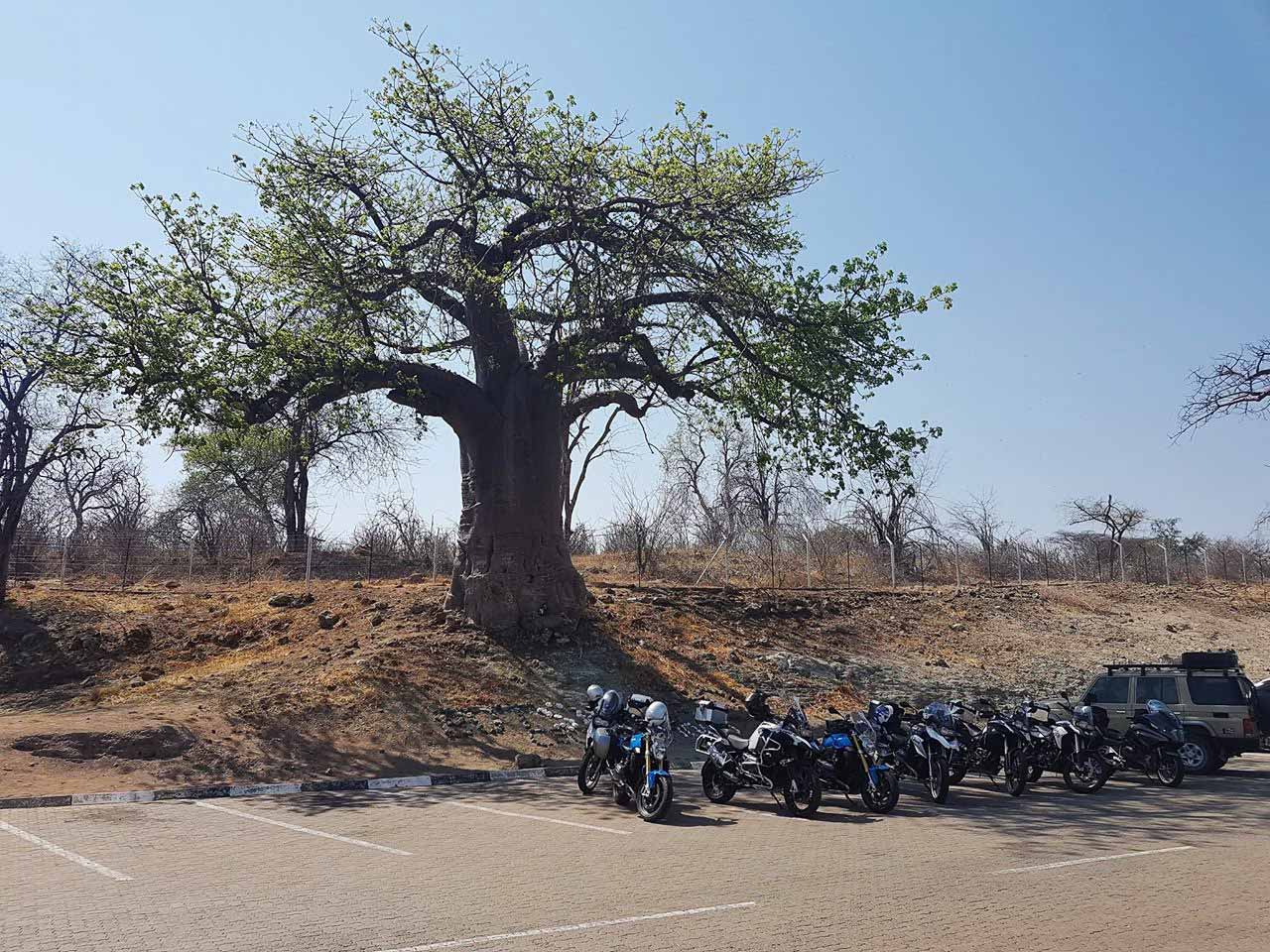 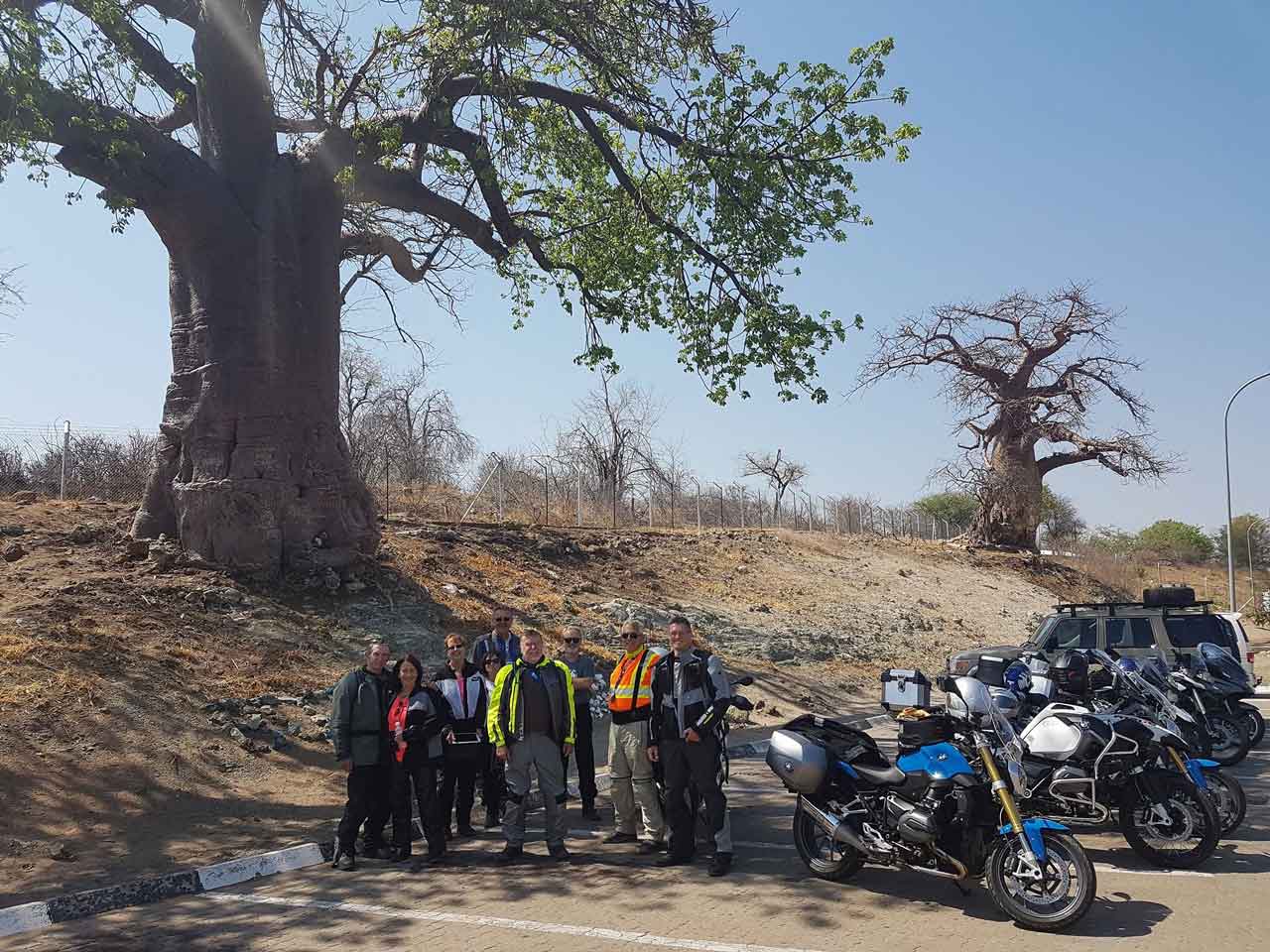 Entrance to the Victoria Falls park 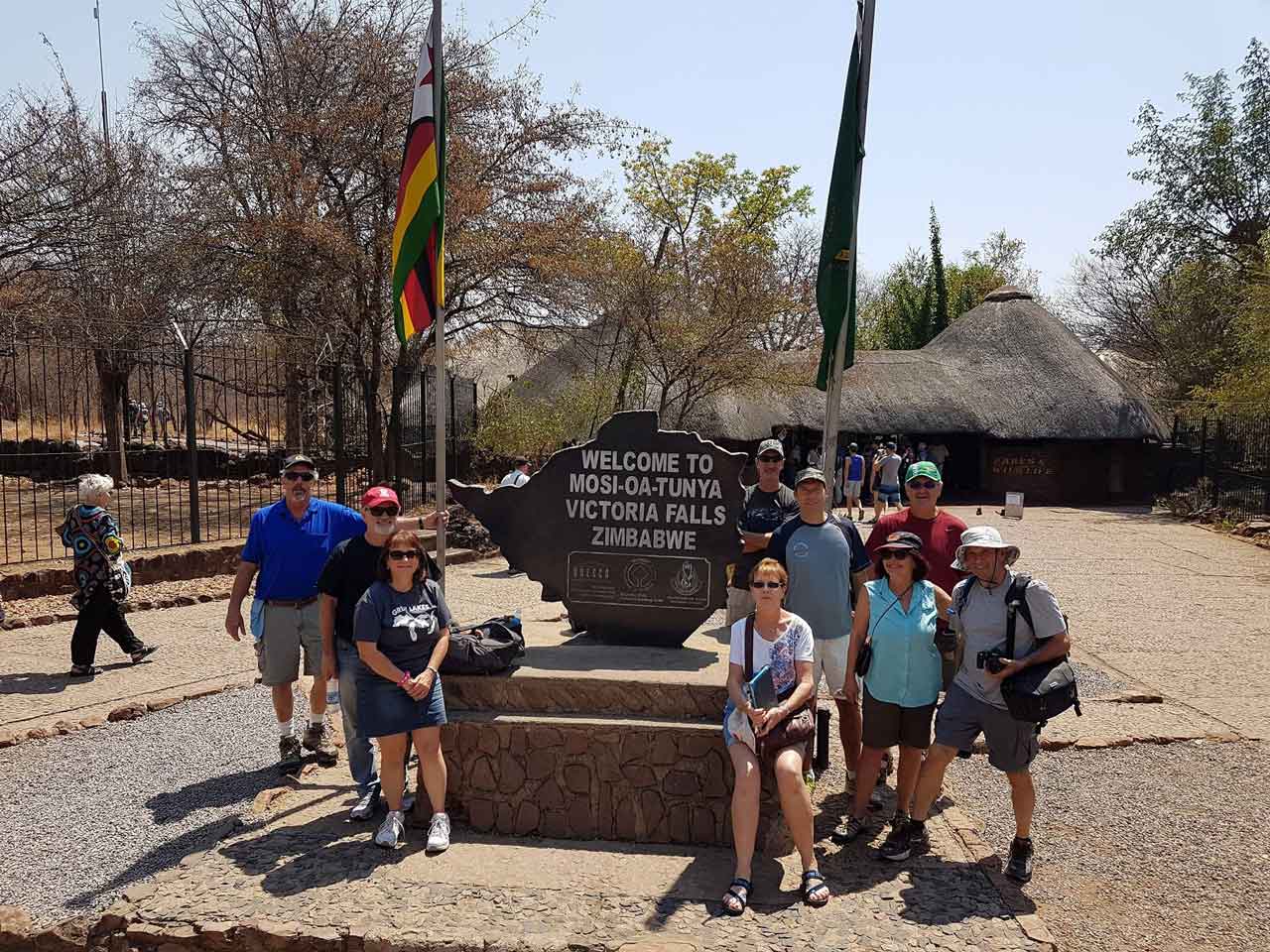 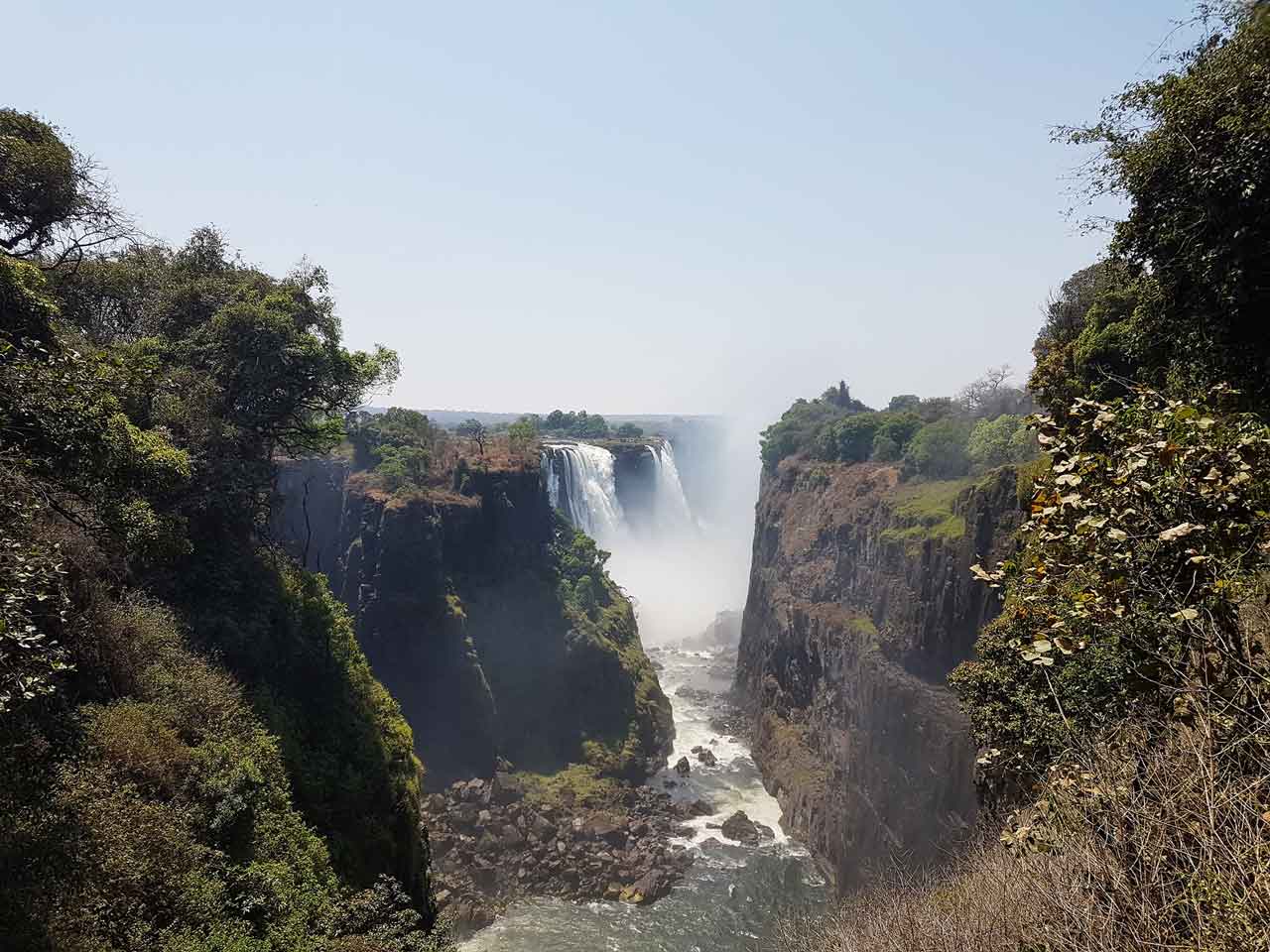 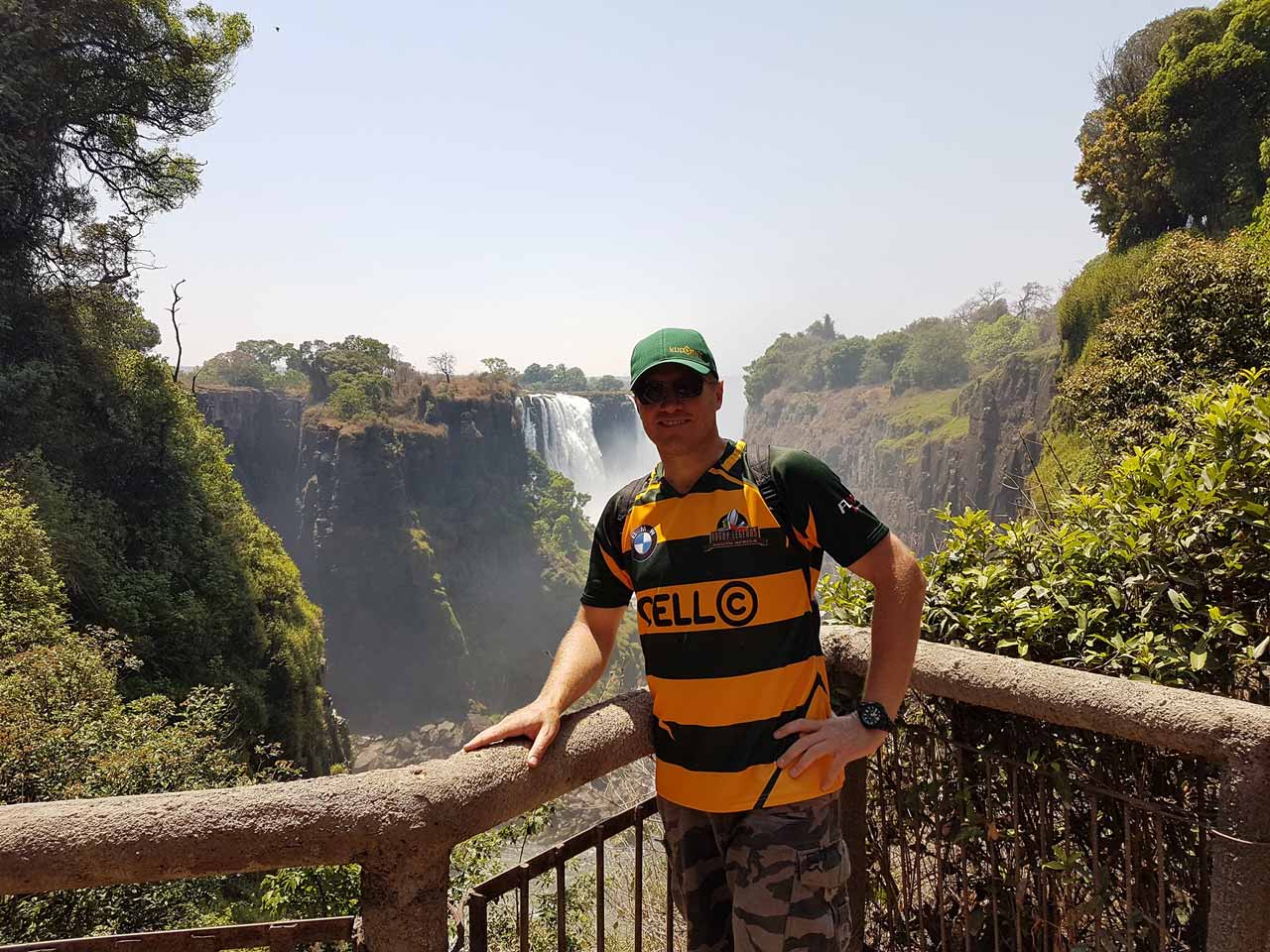 On our arrival we experienced the Victoria Falls park and the magnitude of the falls, albeit not the high water level. The spray of the falls still cooled you down but you could also see the sheer cliffs usually hidden by the massive amount of water going over it.

David Livingstone memorial at Victoria Falls, the first statue on the Zimbabwean side.

David Livingstone, the Scottish missionary and explorer, is believed to have been the first European to view Victoria Falls on 16 November, 1855, from what is now known as Livingstone Island, one of two land masses in the middle of the river, immediately upstream from the falls on the Zambian side. Livingstone named his discovery in honour of Queen Victoria of Britain, but the indigenous Tonga name, Mosi-oa-Tunya—”The Smoke That Thunders”—continues in common usage as well. The World Heritage List officially recognizes both names. (Source: Wikipedia) 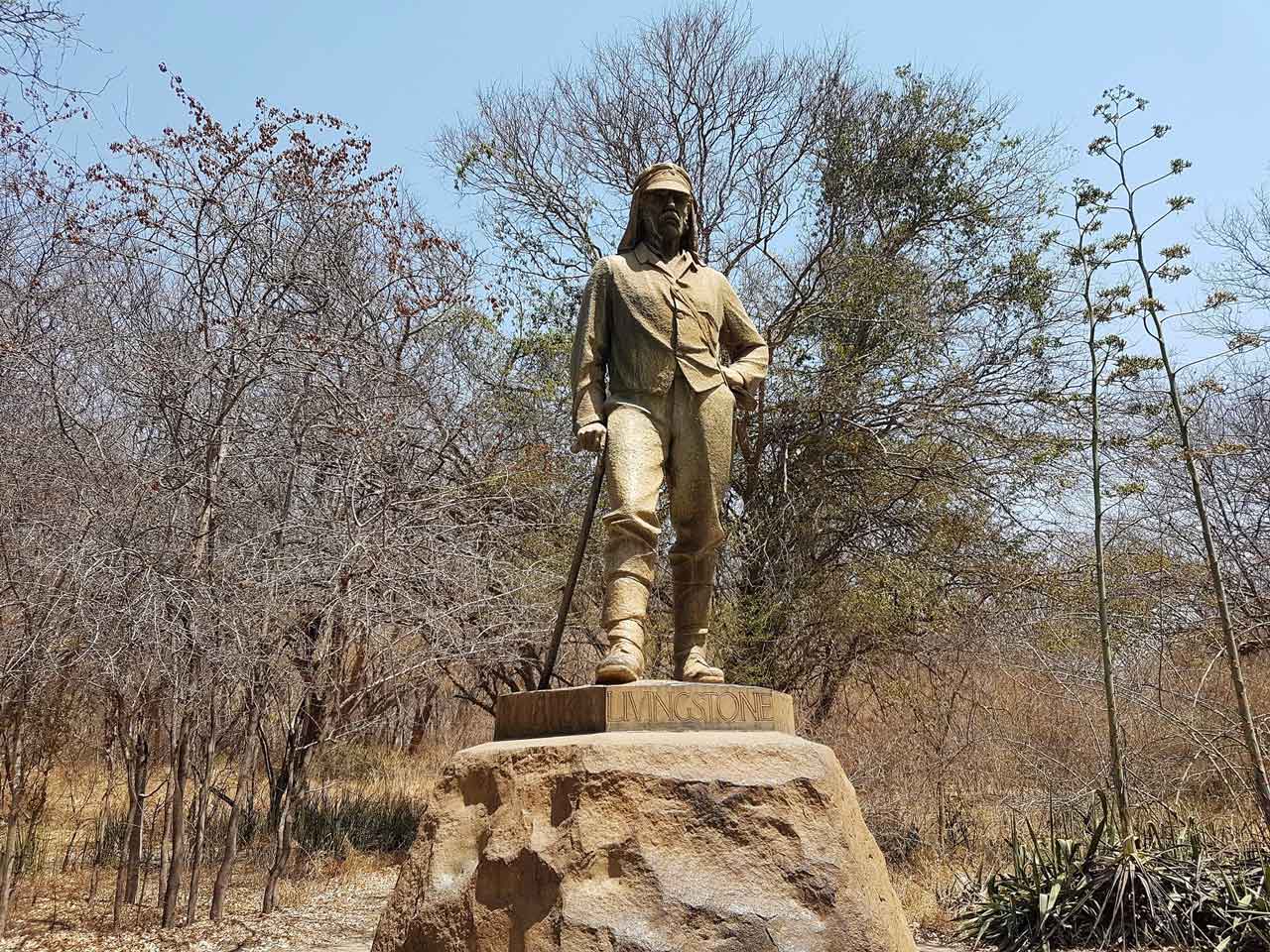 The full plaque near the statue declares Victoria Falls as a Sri Chinmoy Peace Falls. It reads in part:

Victoria Falls – peerless jewel of Africa!
Soul-stirring power. Breath-taking beauty. Life-elevating majesty!
As this thundering cascade descends from the heights, rainbow-visions delight our eyes and uplift our spirit. Victoria Falls is dedicated as a Sri Chinmoy Peace Falls.
May this stupendous grandeur and wonder of nature forever inundate each and every human heart with a fruitful and fulfilling sea of oneness peace.
Do not stop dreaming. One day your world – peace – dream will inundate the entire world
~ Sri Chinmoy ~ 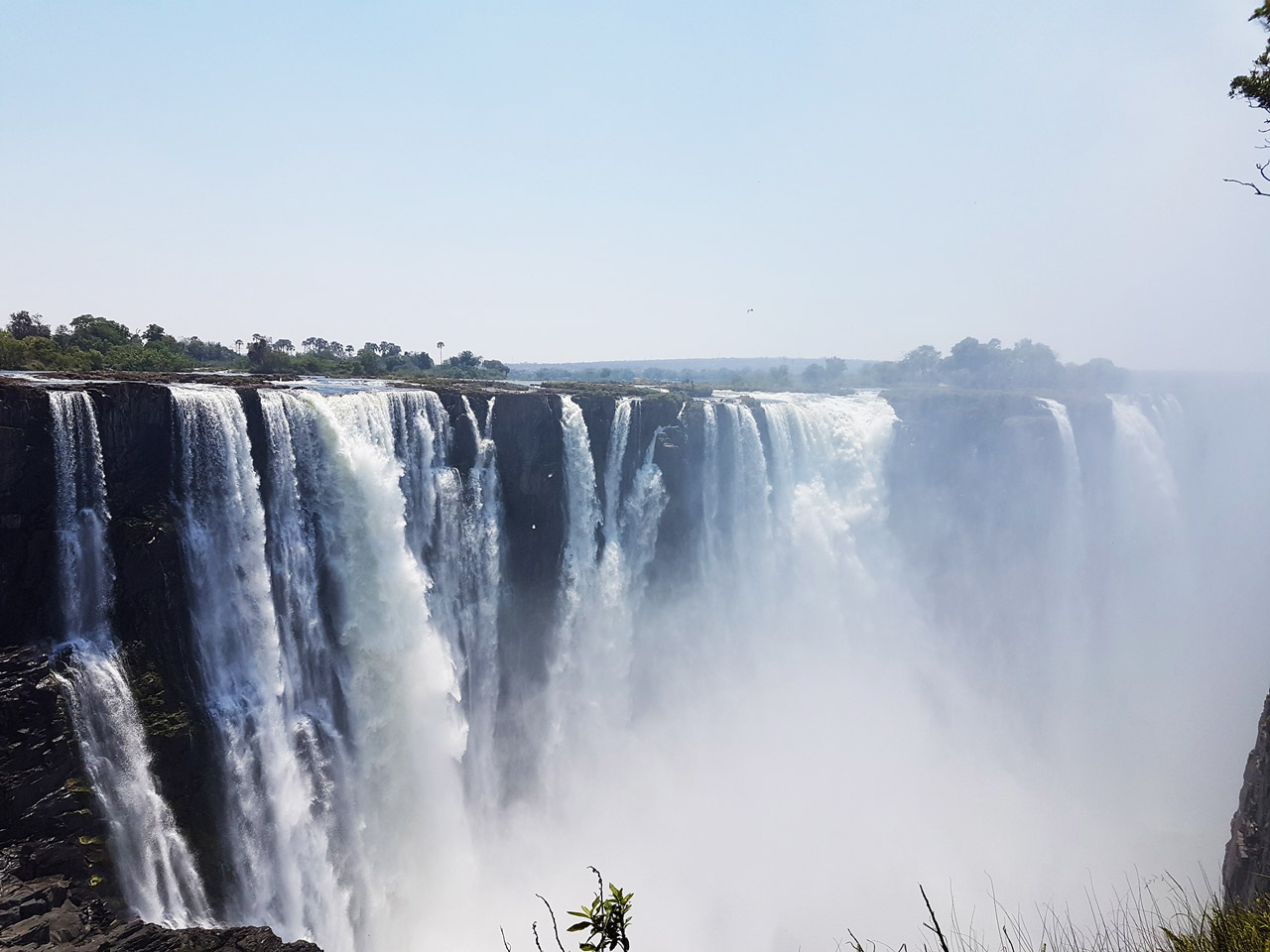 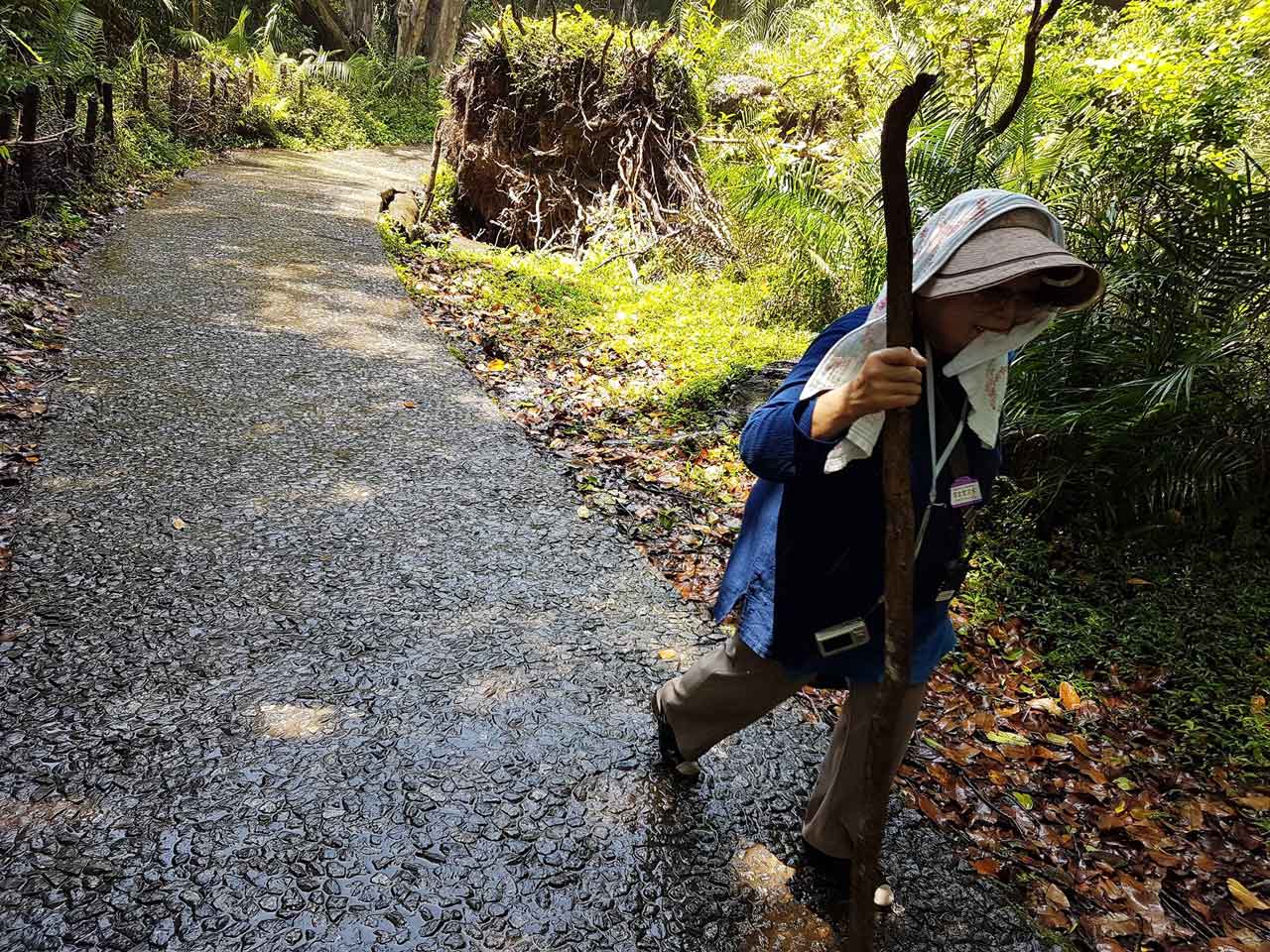 The rain forest created by the falls 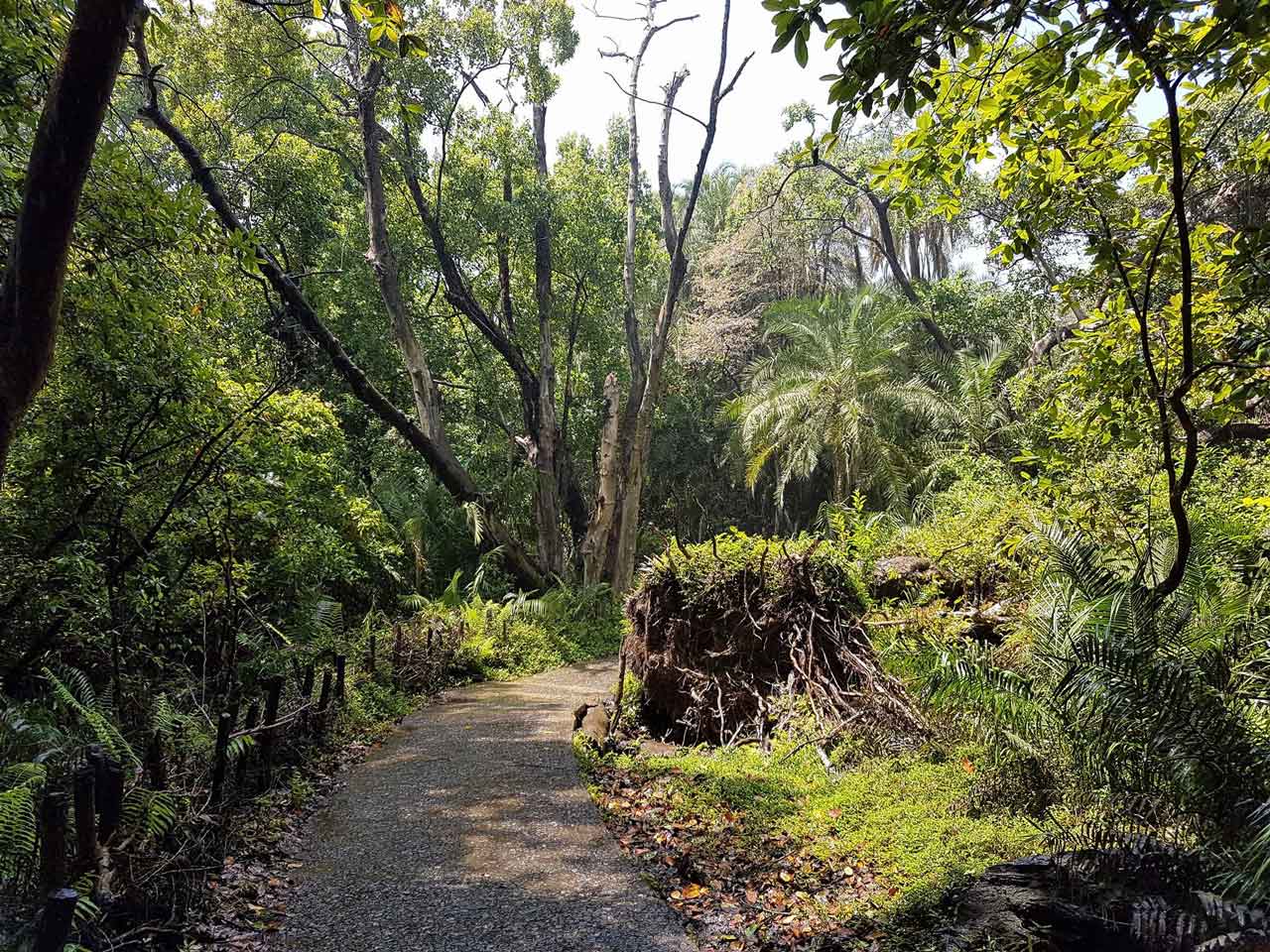 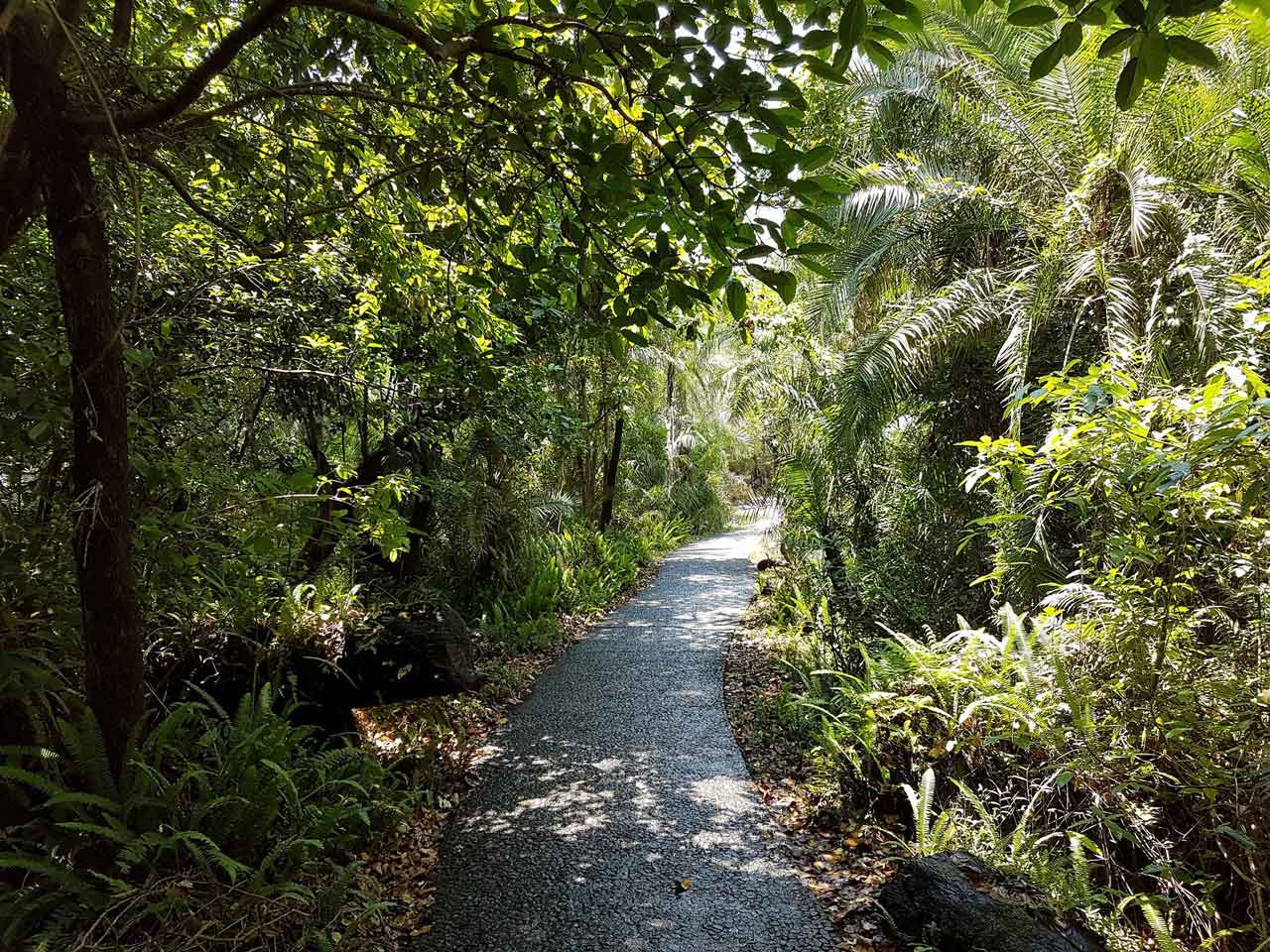 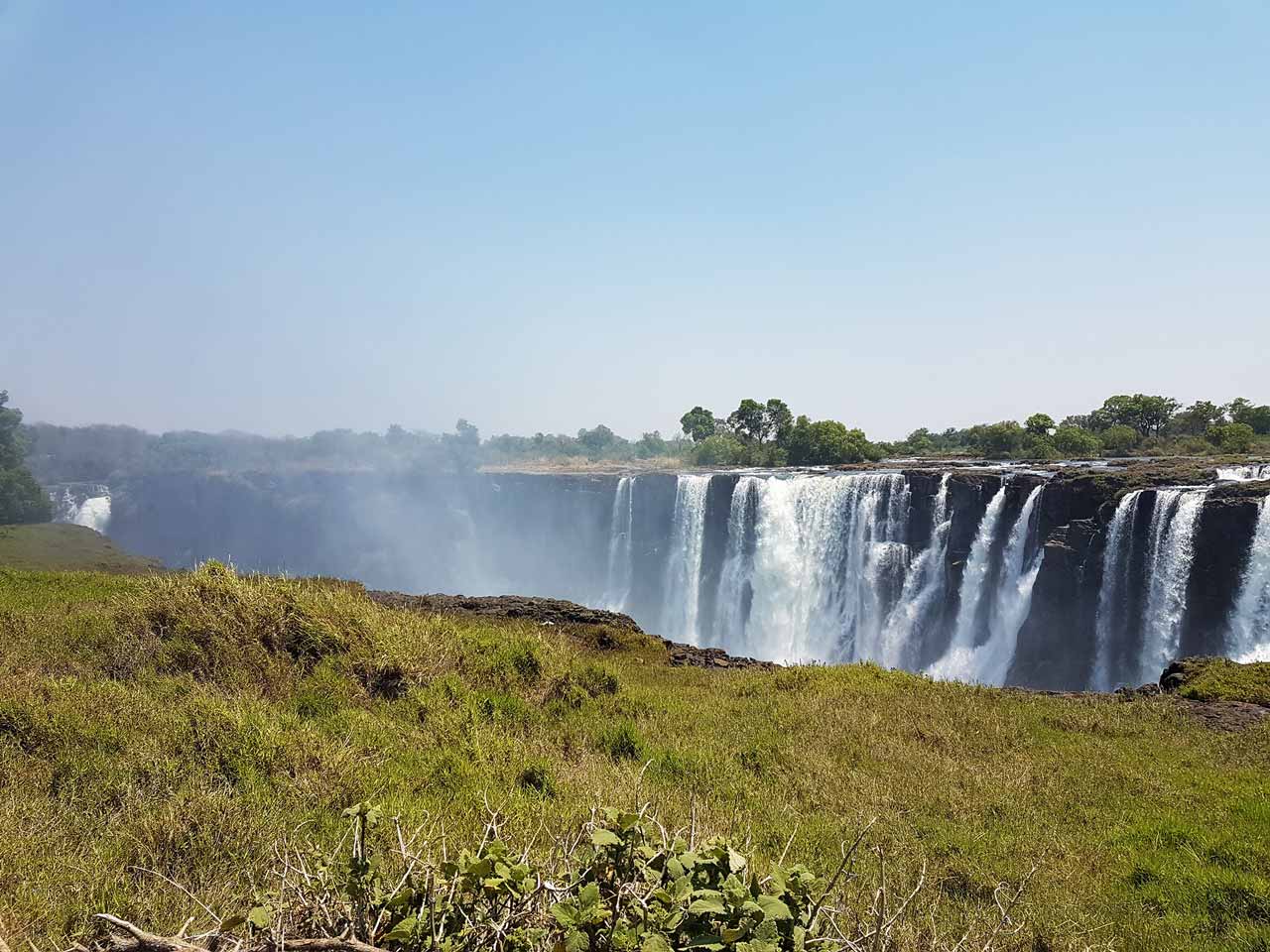 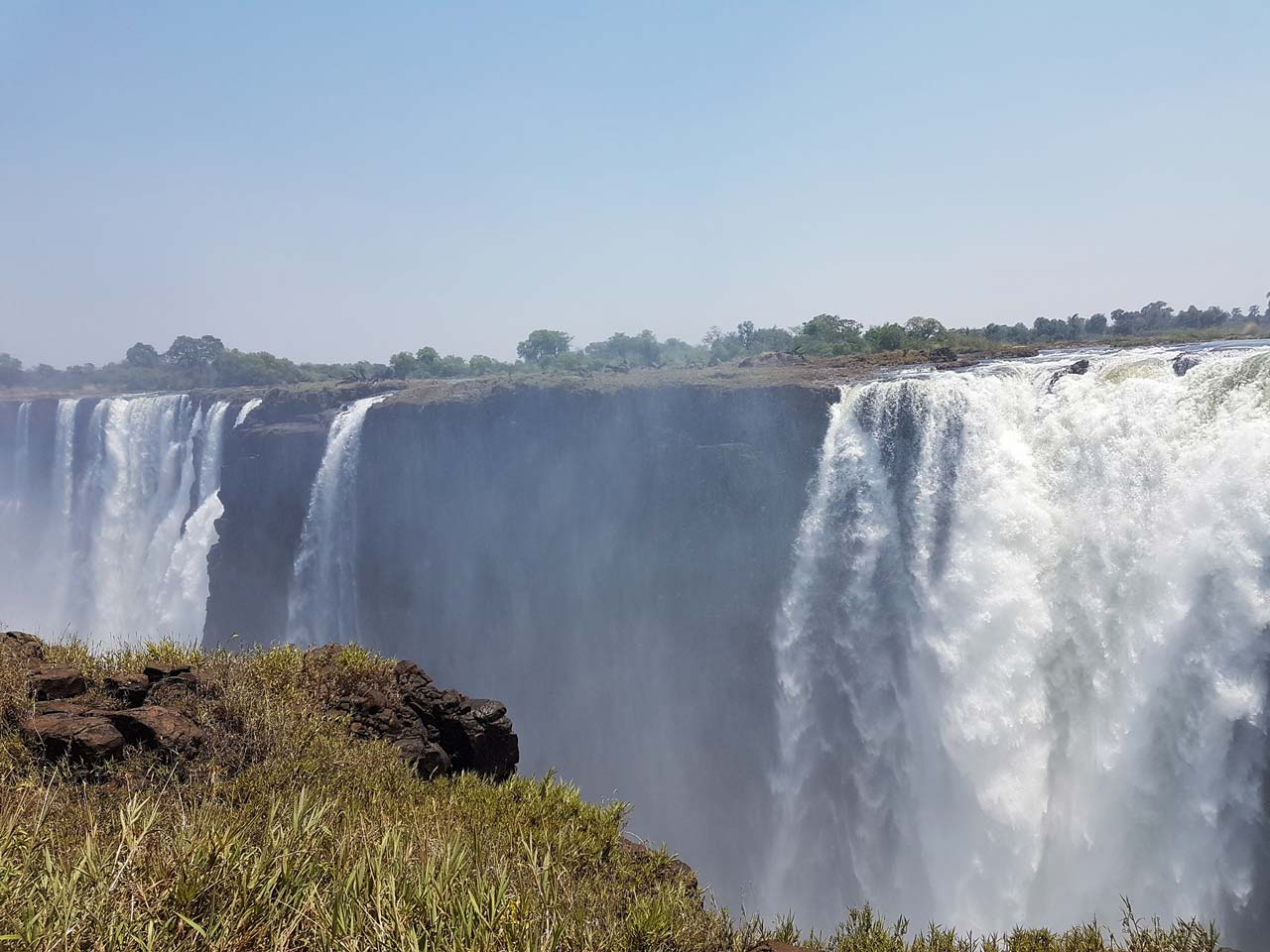 Dry towards the Zambian side 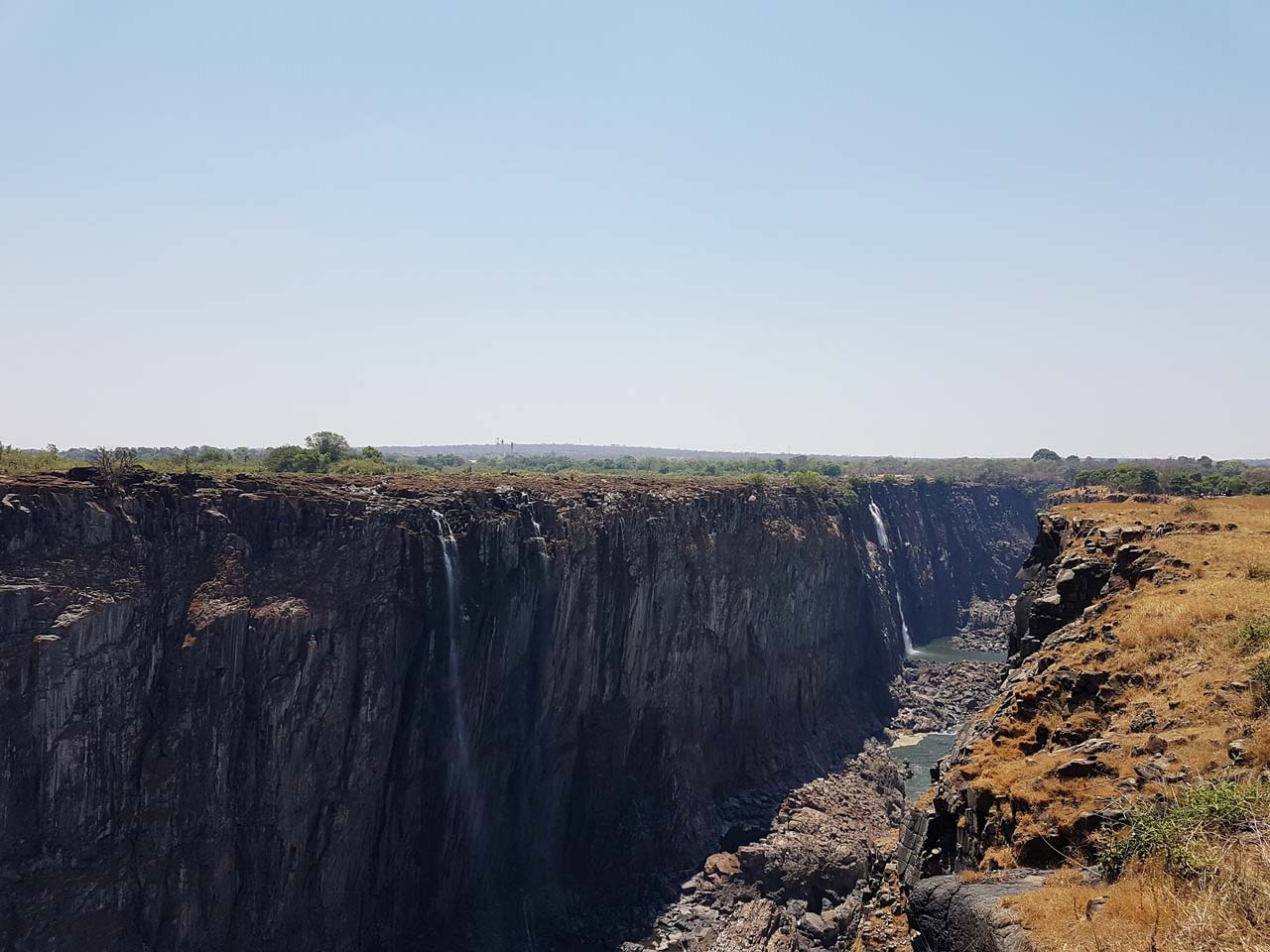 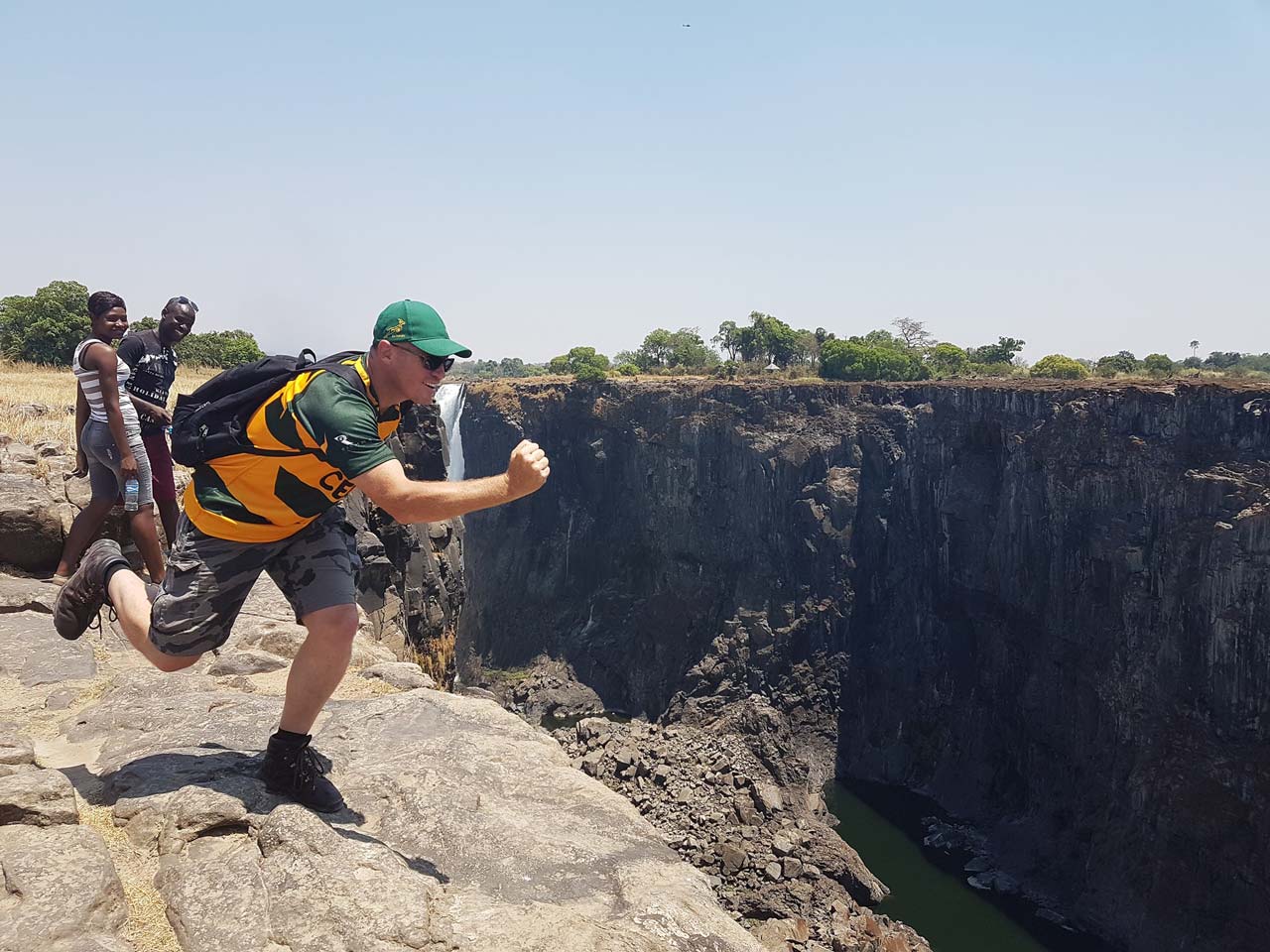 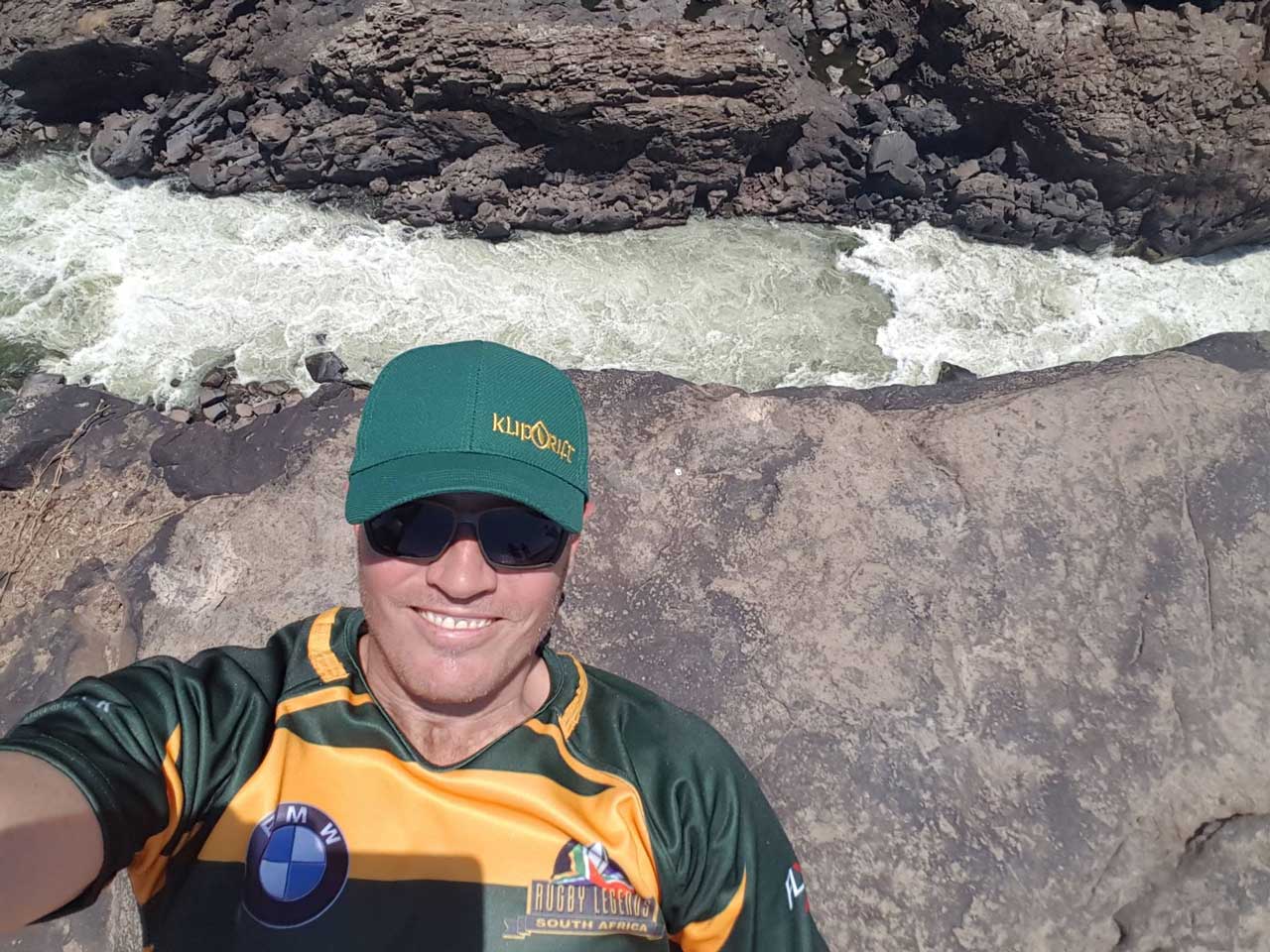 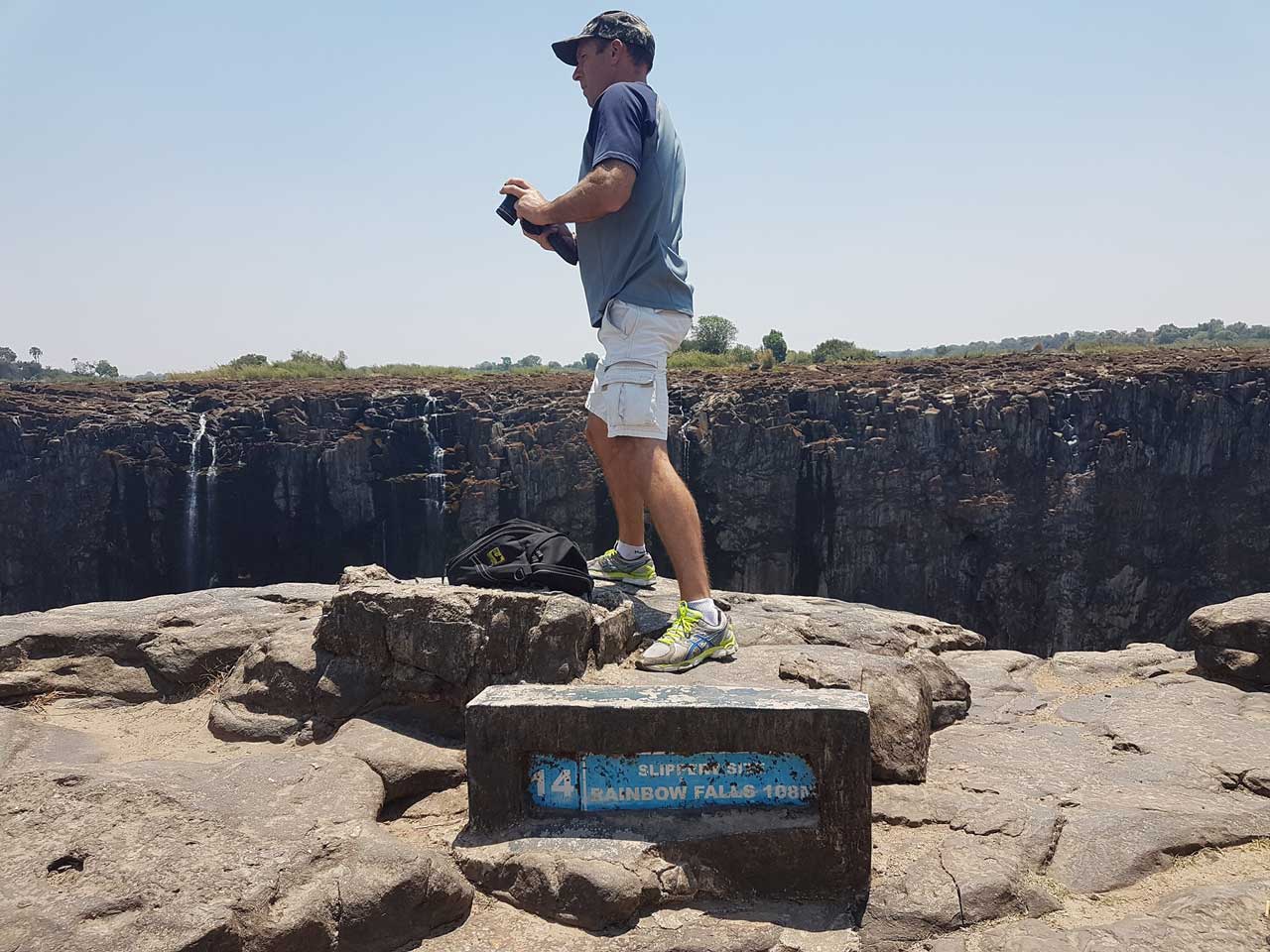 Once outside of the park we crossed the bridge into Zambia and had a lunch whilst watching people throwing themselves of a perfectly good bridge towards the Zambezi river, 110 metres below. 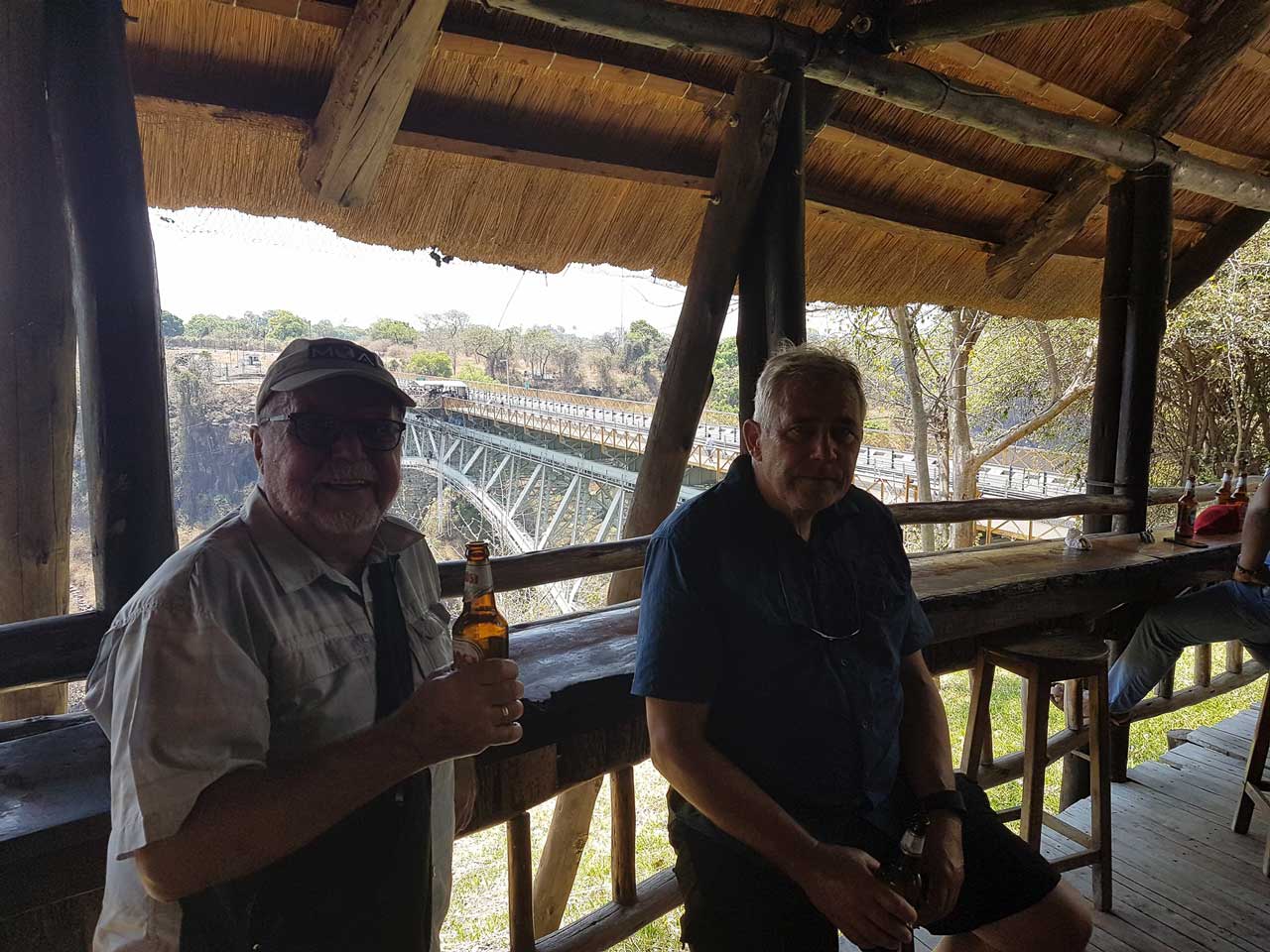 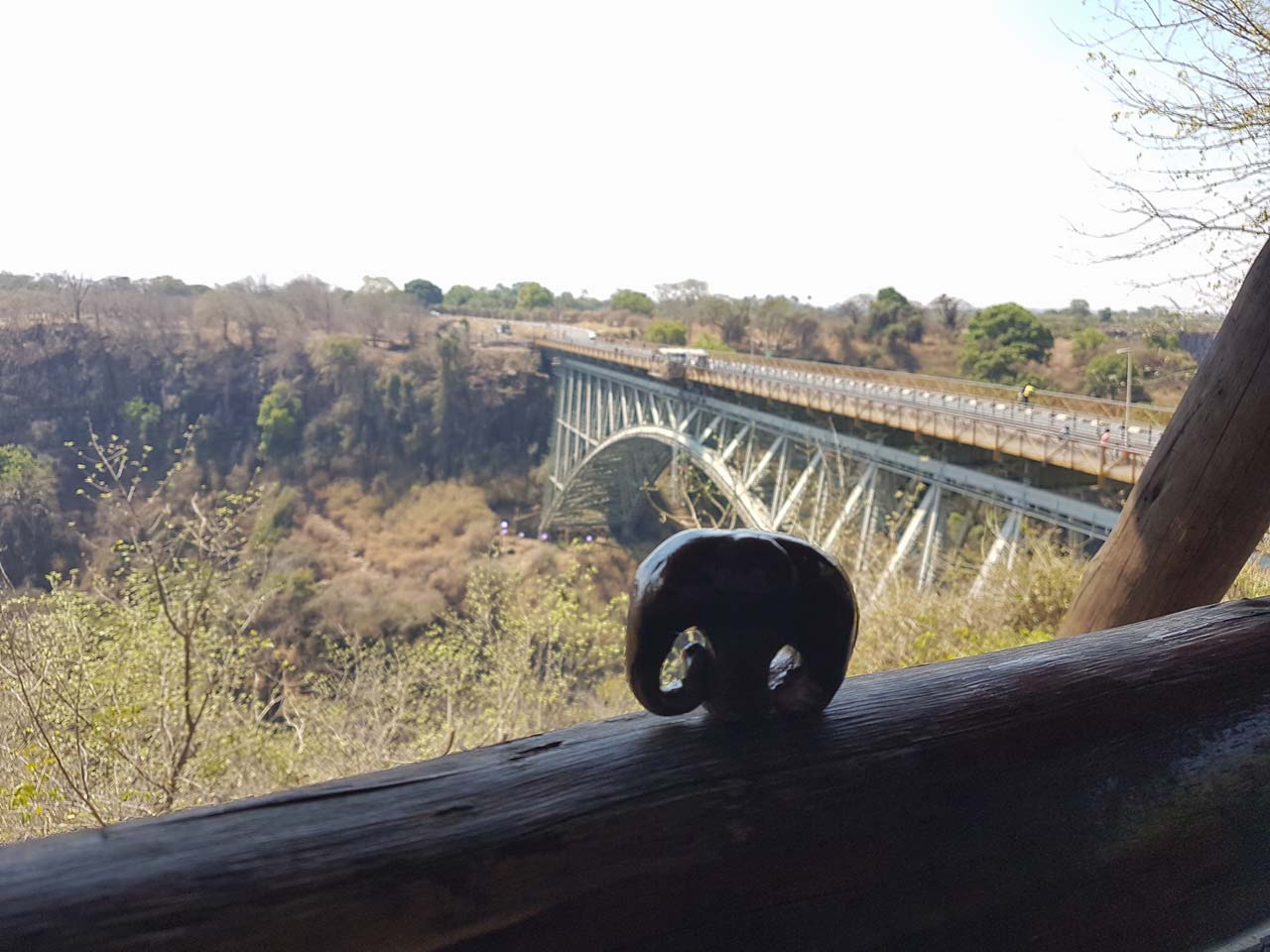 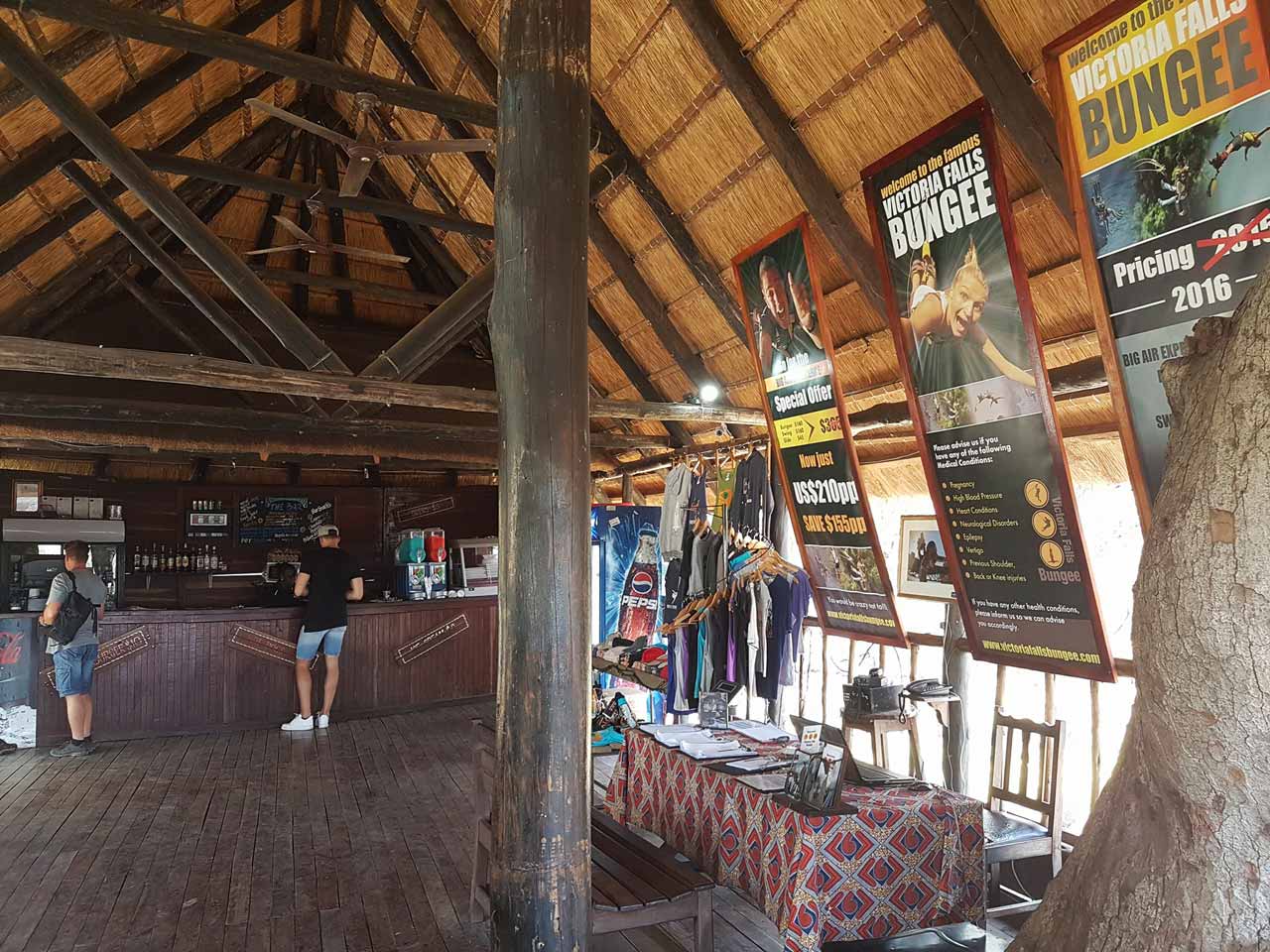 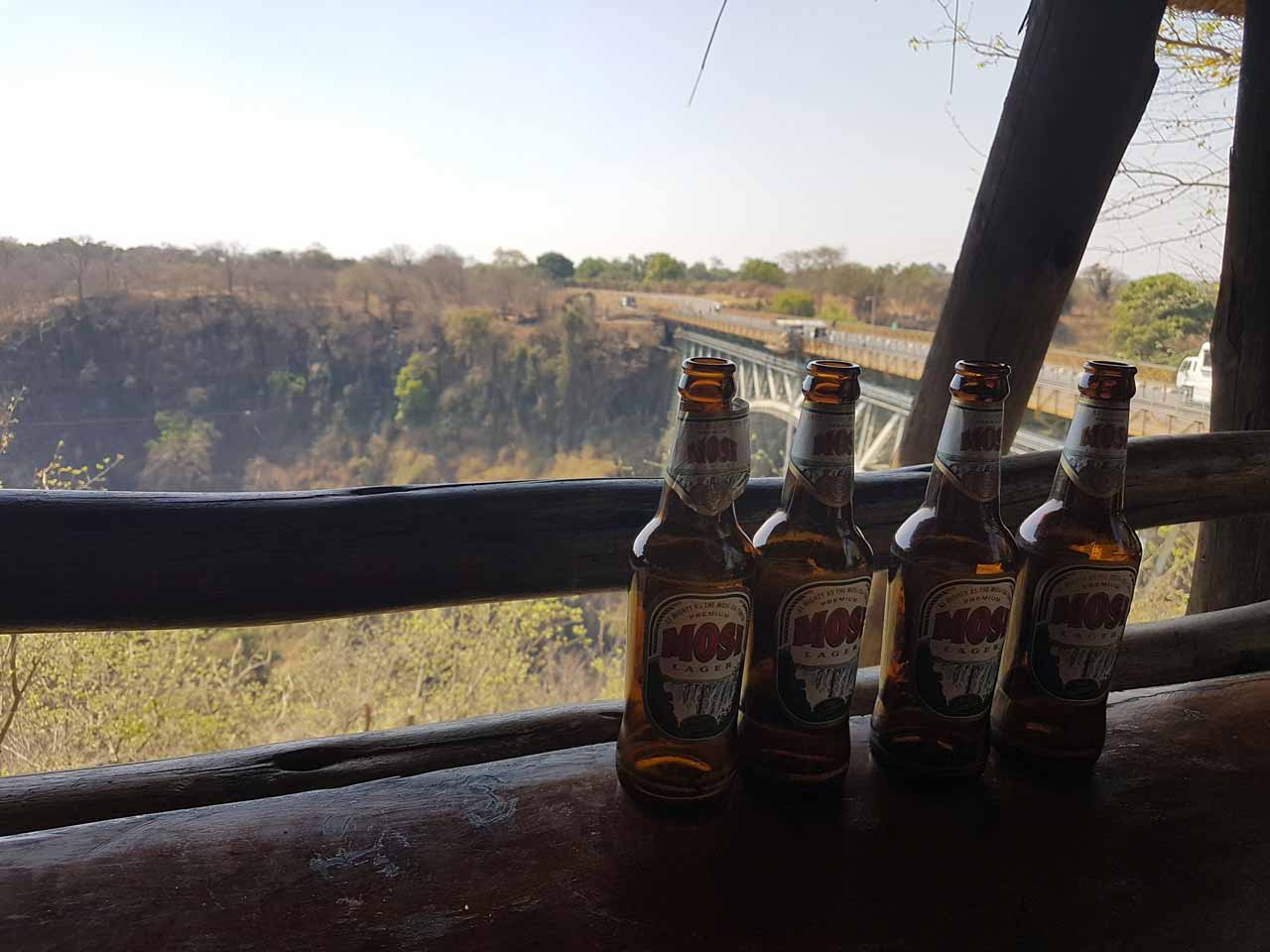 James opted for the bungee jump and Jim and Sue decided to try the tandem zipline. Hats off to them!! 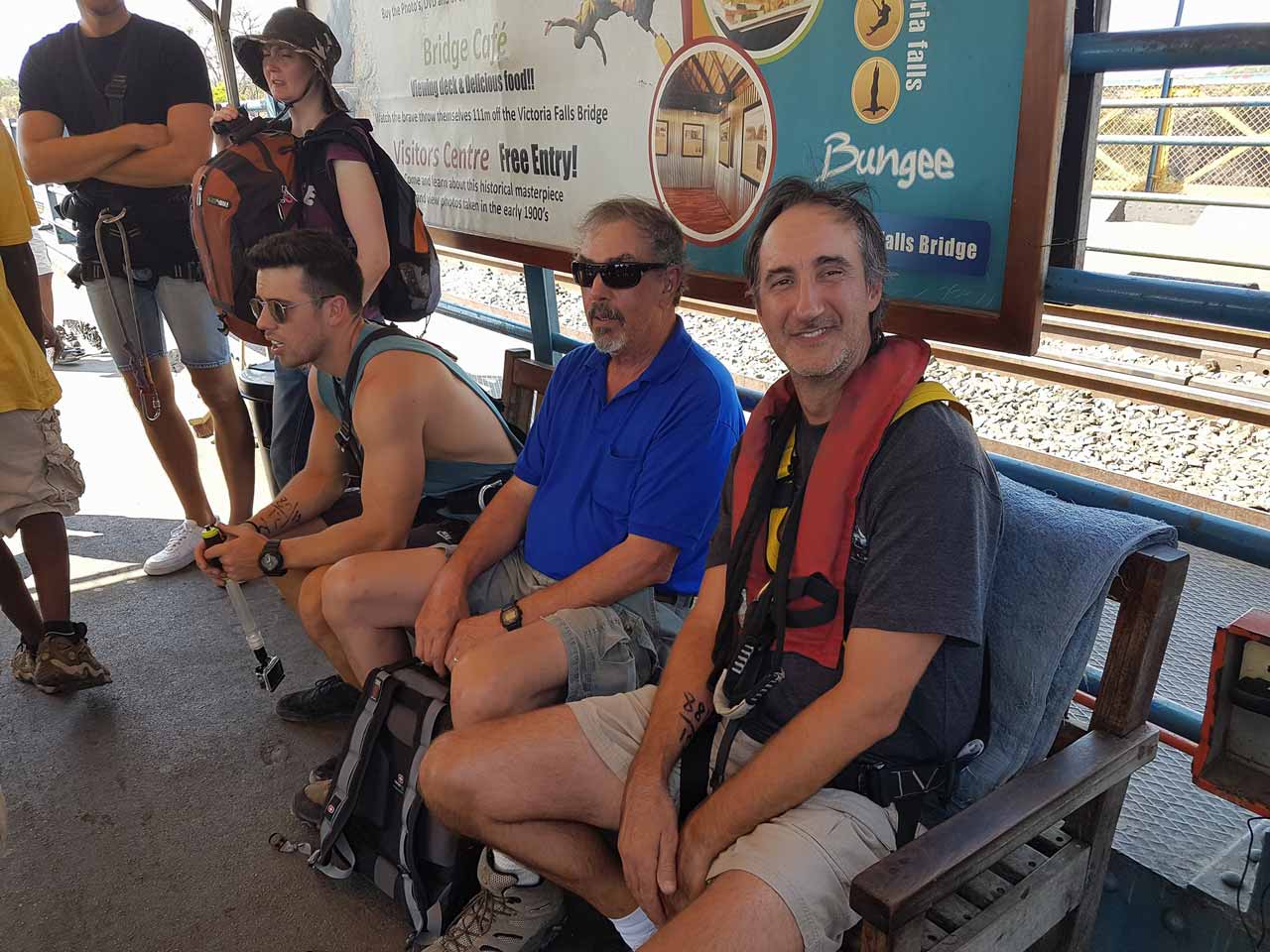 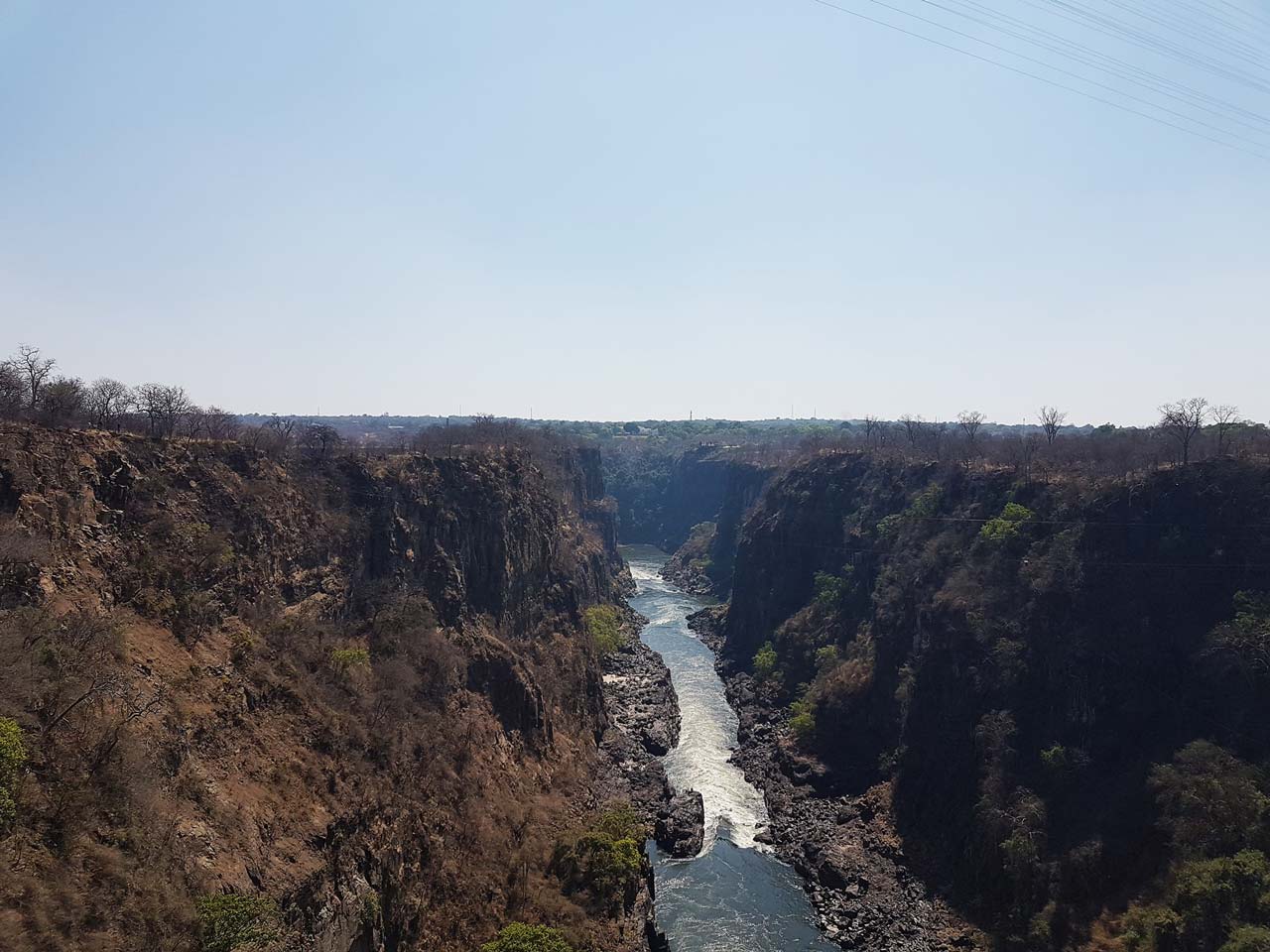 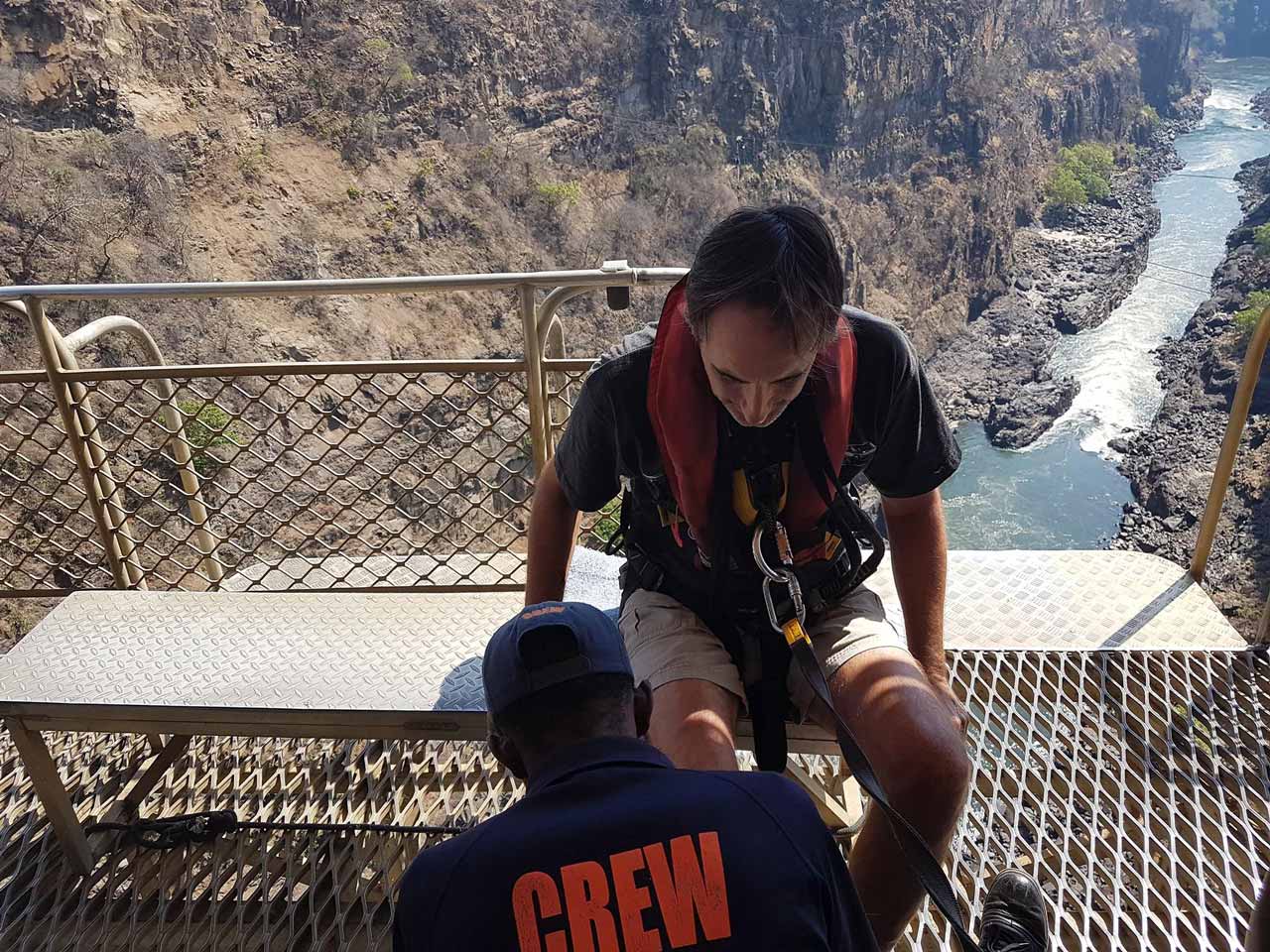 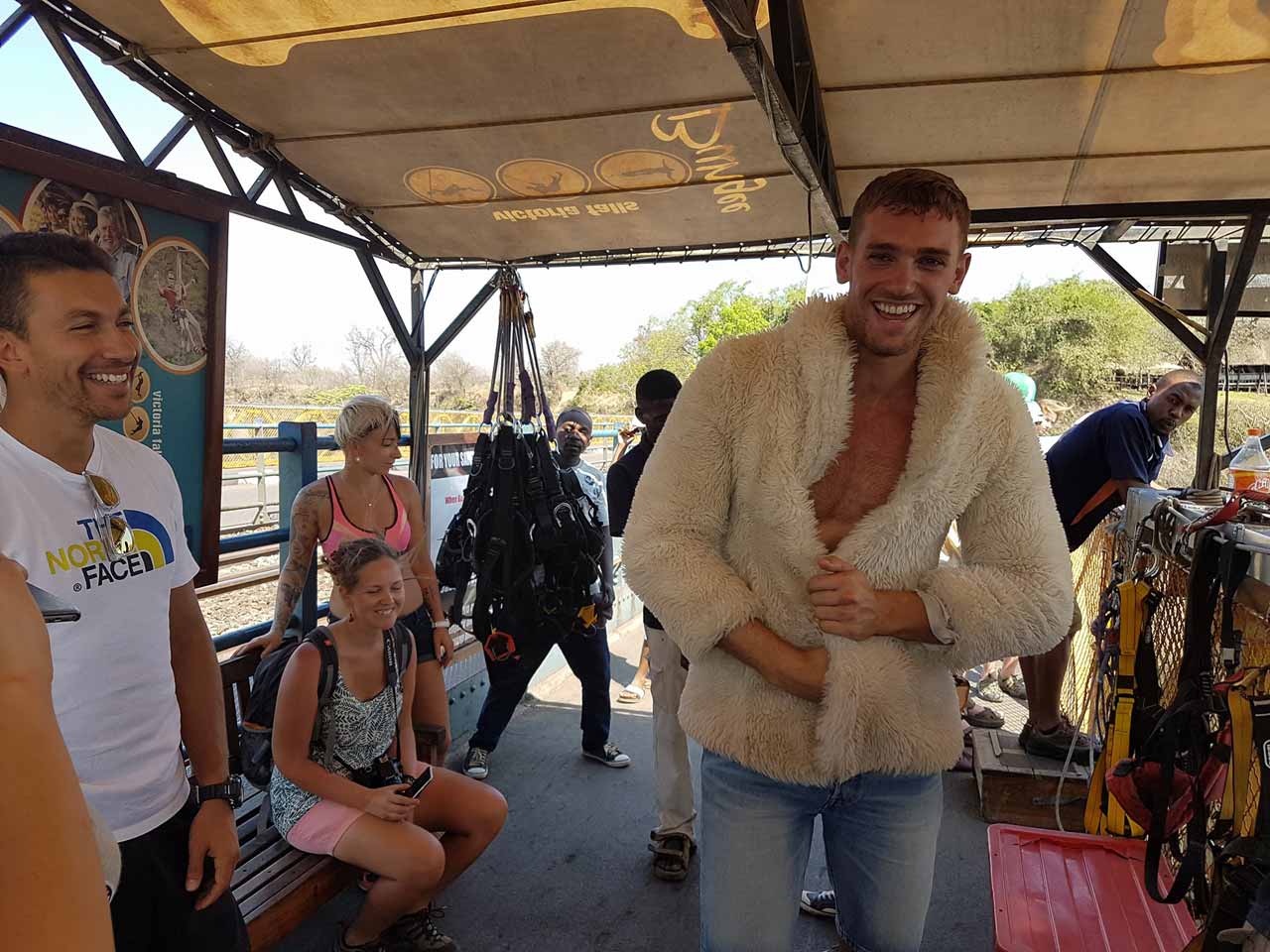 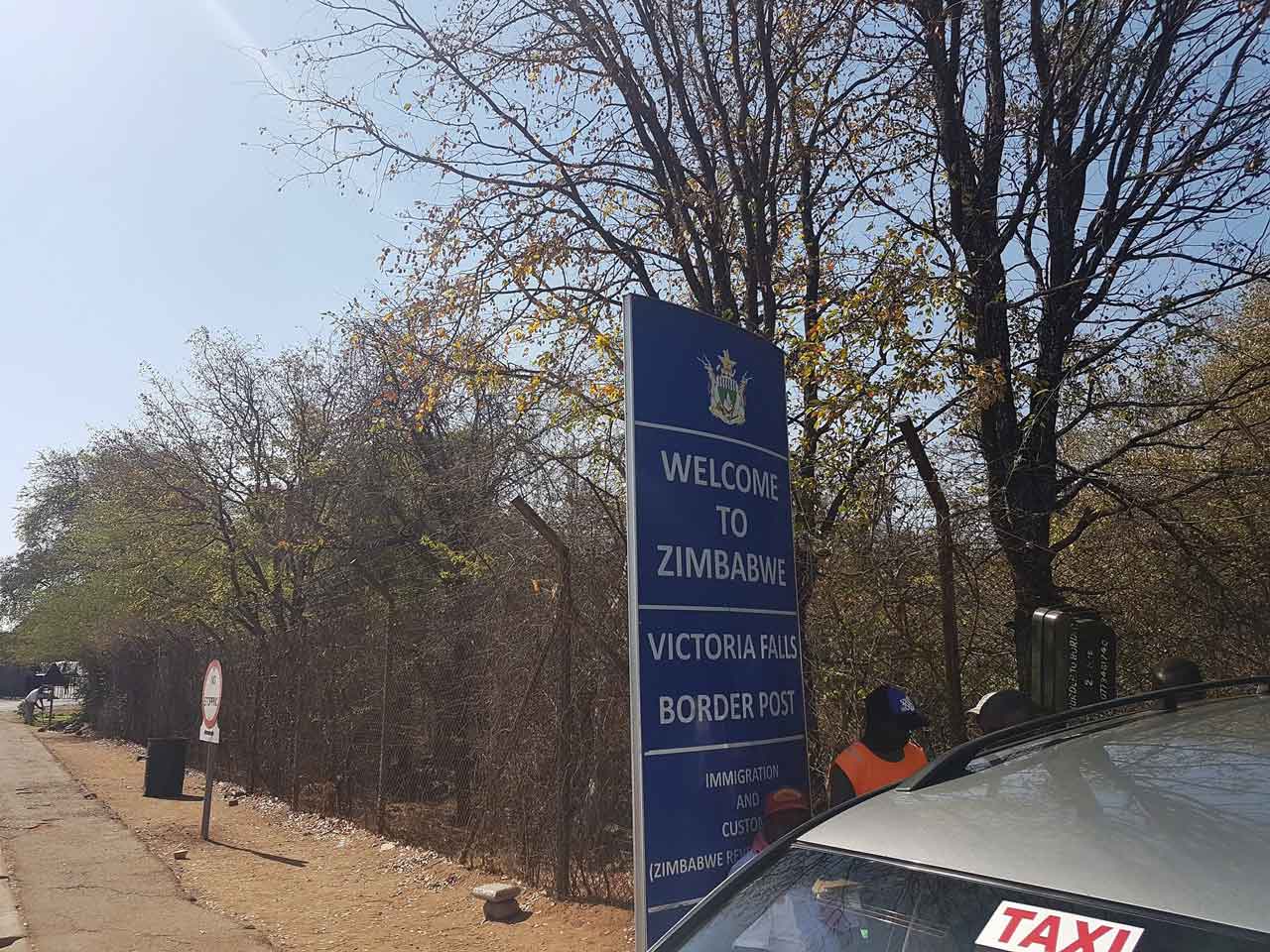 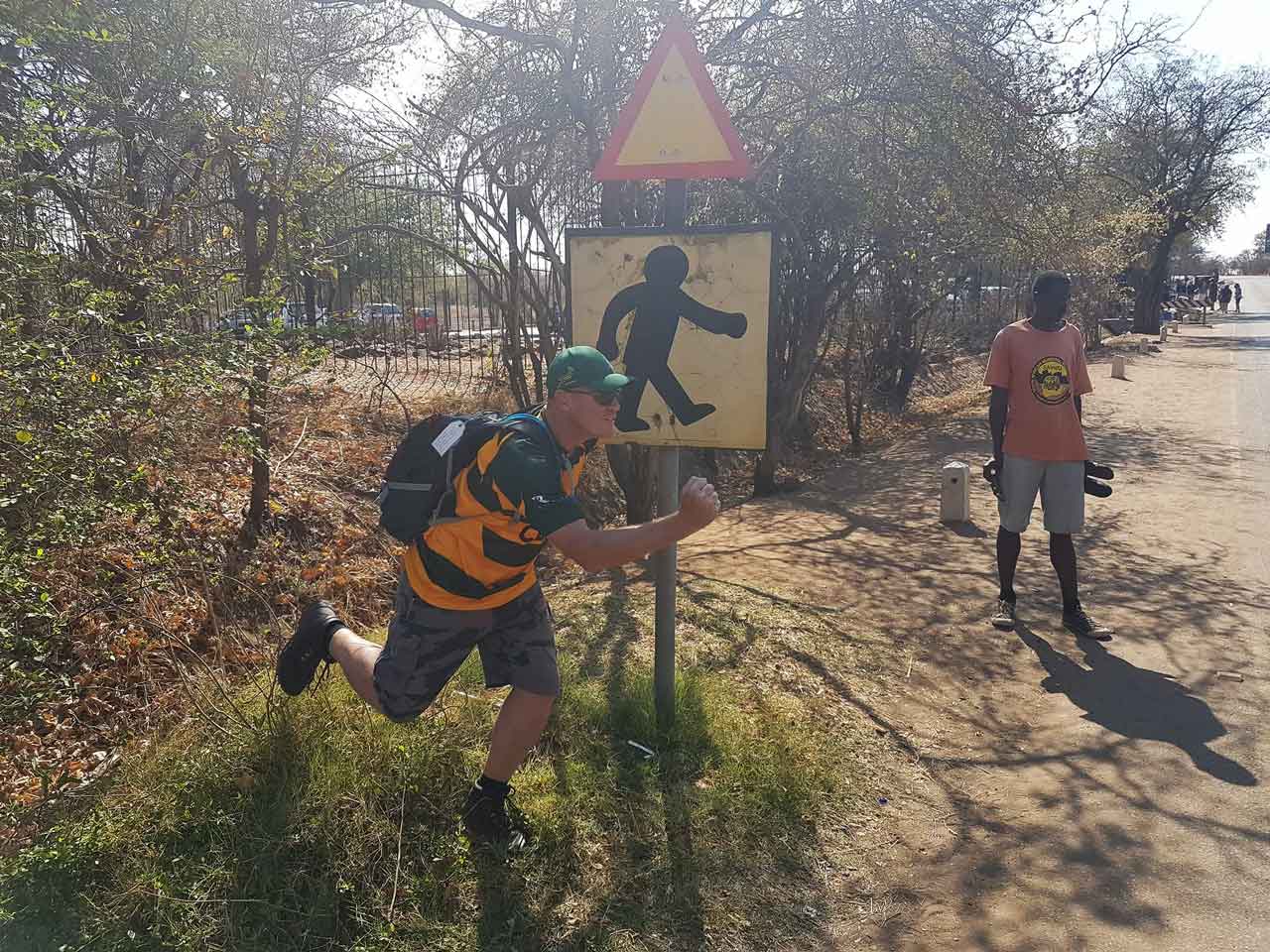 After a full day we arrived back at Chobe Marina lodge just in time for some sundowners and another magnificent dinner.

Tomorrow we will cross into Namibia and we expect some hot temperatures, requiring lots of hydration. We look forward to rest day at another 5 star lodge and maybe some tiger fishing on the menu.