Call of the Wild

There are probably as many misconceptions about Africa as there are independent countries within it (nearly 60). In addition to questions about the riding conditions, language and cultural issues, we’re often asked about safety, comfort, and sanitary conditions too. We have a stock answer: “There are some nasty places in Africa, but we don’t venture near them.”

Riders are invariably impressed with the beauty of the land, the great riding, and the cultural riches of the continent. English is the dominant language and is widely understood in all but small, rural communities. Nothing impresses our guests more than the friendly and welcoming attitude of the African people. A rider once told us that she felt like a visiting dignitary because so many people along the road provided cheerful waves as we rode by them.

All of our scheduled Africa tours take place on paved roads. If you are interested in off-road riding, several of our private tours are specifically designed for riding off-the-pavement.

In Africa you’ll ride on the left. You may ride with a tour leader during the entire trip if you wish, or you may venture forth on your own. We encourage riders who aren’t familiar with riding on the left to stick with a tour leader, at least for the first day or two. Switching sides isn’t particularly difficult once you become accustomed to differences in making turns at intersections and in handling traffic circles.

We think it would be a pity to travel all the way to Africa and not have an opportunity to experience the continent’s wildlife. Most of our Africa Adventures include planned wildlife experiences, conducted from the safety and comfort of specially-equipped Land Rover safari and game viewing vehicles. Some of our “jaw dropping” photos depicting wildlife were taken while riding in a safari vehicle, as we avoid riding our motorcycles in areas where we’re likely to encounter predators or aggressive animals. On many of our Adventures we see elephant, giraffe, zebra, kudu and other wildlife along the road, but we exercise caution and don’t attempt to approach them. It’s exciting enough just to photograph them!

Our customers have found travel in Africa to be surprisingly unique, incredibly beautiful and adventuresome. Most describe it as the experience of a lifetime. More of our customers make return trips to Africa with us than to any other destination.

On many of our tours, we use upscale game lodges for overnight stays inside popular game reserves. Spending several evenings under the stars in the African bush is an indescribable experience that is often the highlight of an African Adventure. 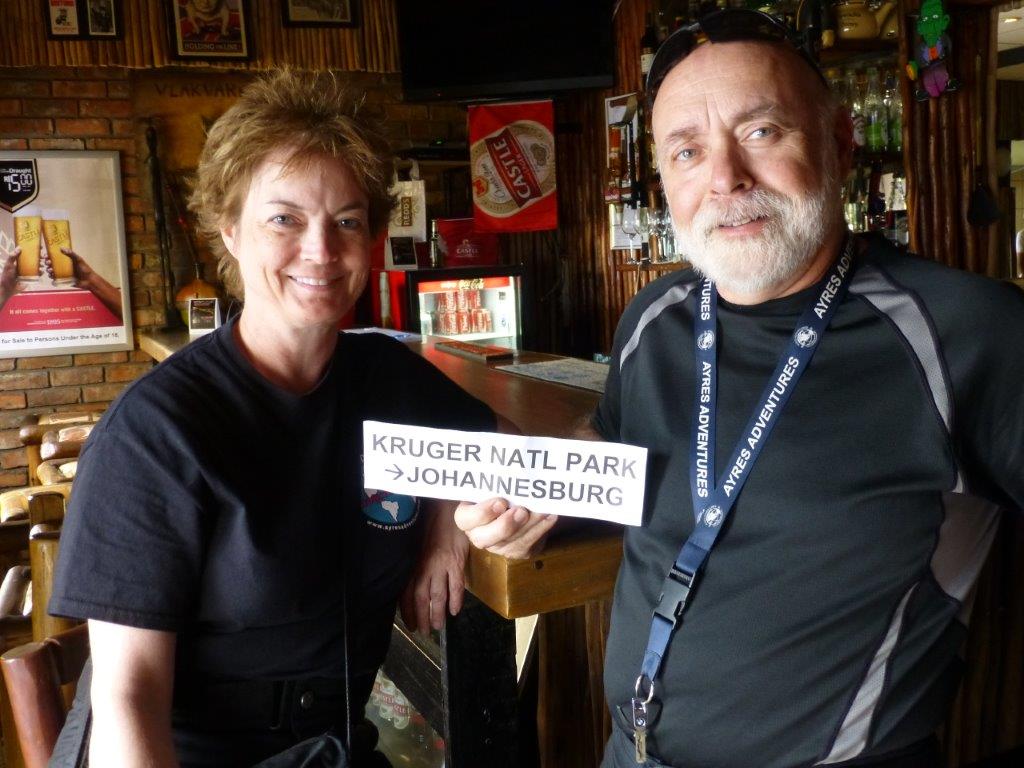 I just returned from South Africa and my first Ayres Adventure with a dozen customers. I've nothing but praise for the entire team. The Southern Cross Tour was everything it claimed to be and much more. From the bikes to the lodging to the dining it was all fabulous. Our two guides insured it was an incredible two weeks and represented what I feel is a fantastic value for the money. I will be selecting our next tour very soon!